Her plans go awry when Alice witnesses a murder. On the run from a corrupt cop, Alice and her friends take to the con in hopes of blending in with the throngs of cosplayers, gamers, Whovians, Browncoats…the cornucopia of Fandom. And maybe still get that sweet sweet action figure.

FANGIRL will be a full color 74 page hardcover young adult graphic novel that mixes geek culture with a heavy dose of crime thriller.

TOM STILLWELL: Tom Stillwell is the creator and writer for FANGIRL. Tom has been creating, writing and self-publishing comics for over a decade. His books include the all-ages superhero titles HONOR BRIGADE & TOY BOY and the mature reader urban horror story UNDERNEATH.

JESSICA LYNN: Jessica Lynn is the artist for FANGIRL. This is Jessica’s first comic book project but she is no stranger to illustration. She’s a well loved Artist Alley staple and sought after for her commission work. Aside from FANGIRL, Jessica is hard at work on her own webcomic AIRICA. Jessica studied at the JOE KUBERT SCHOOL OF ART.

ZAC ATKINSON: Zac Atkinson is the colorist for FANGIRL. Zac is a cartoonist and digital artist working in the comic book and gaming industry. He has been the colorist on such titles as DC’s MAGIC OF SHAZAM, TEEN TITANS, YOUNG JUSTICE, IDW’s TRANSFORMERS, G.I. JOE and numerous others.

CRANK: Crank is the letterer for FANGIRL. Crank has been a prolific letterer and his works include IT GIRL AND THE ATOMICS, REVIVAL, HACK/SLASH, and the award winning webcomic BATTLEPUG. When not lettering Crank runs the popular CRANKCAST podcast and plays music with The VLADIMIRS. 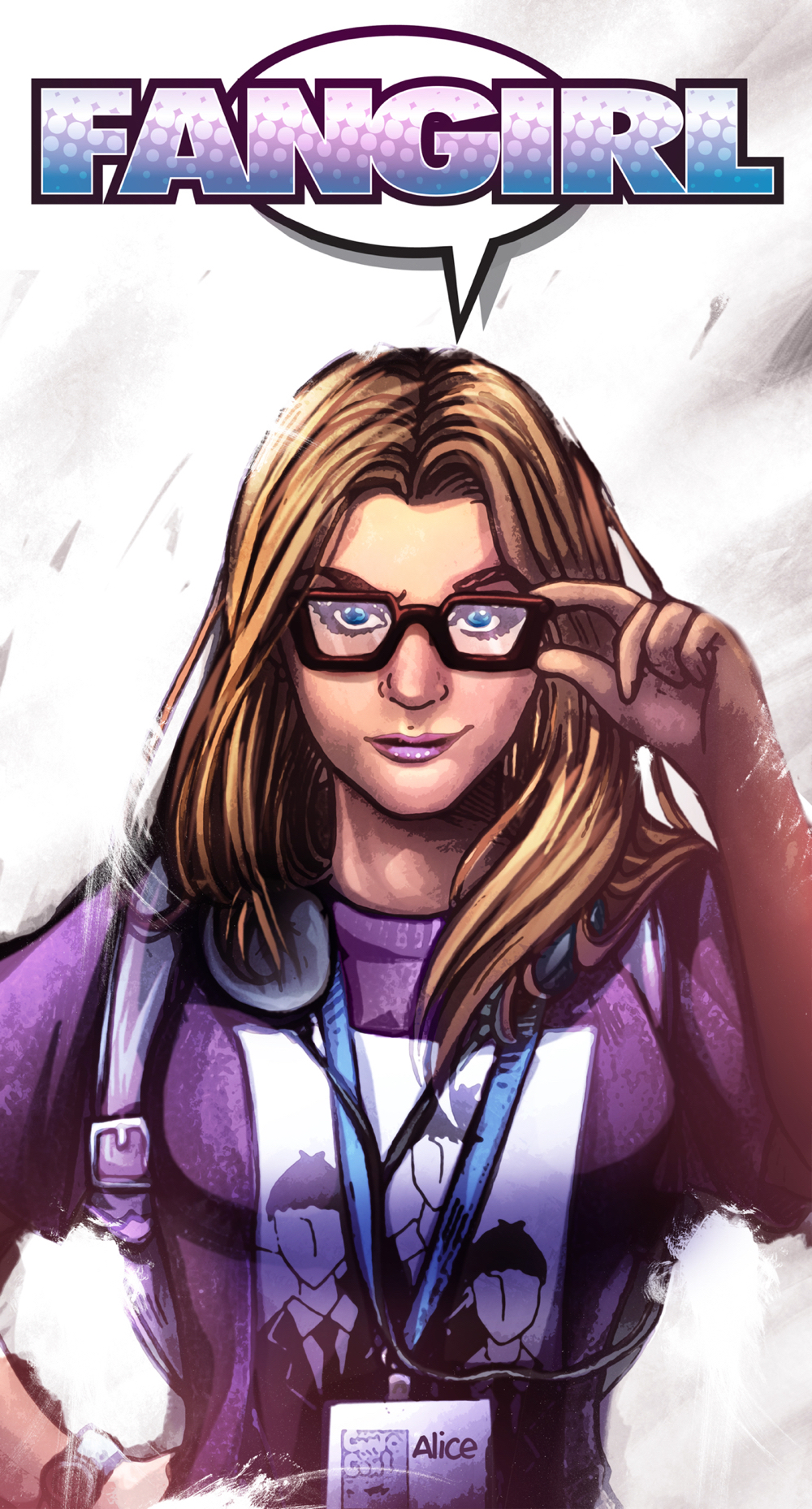